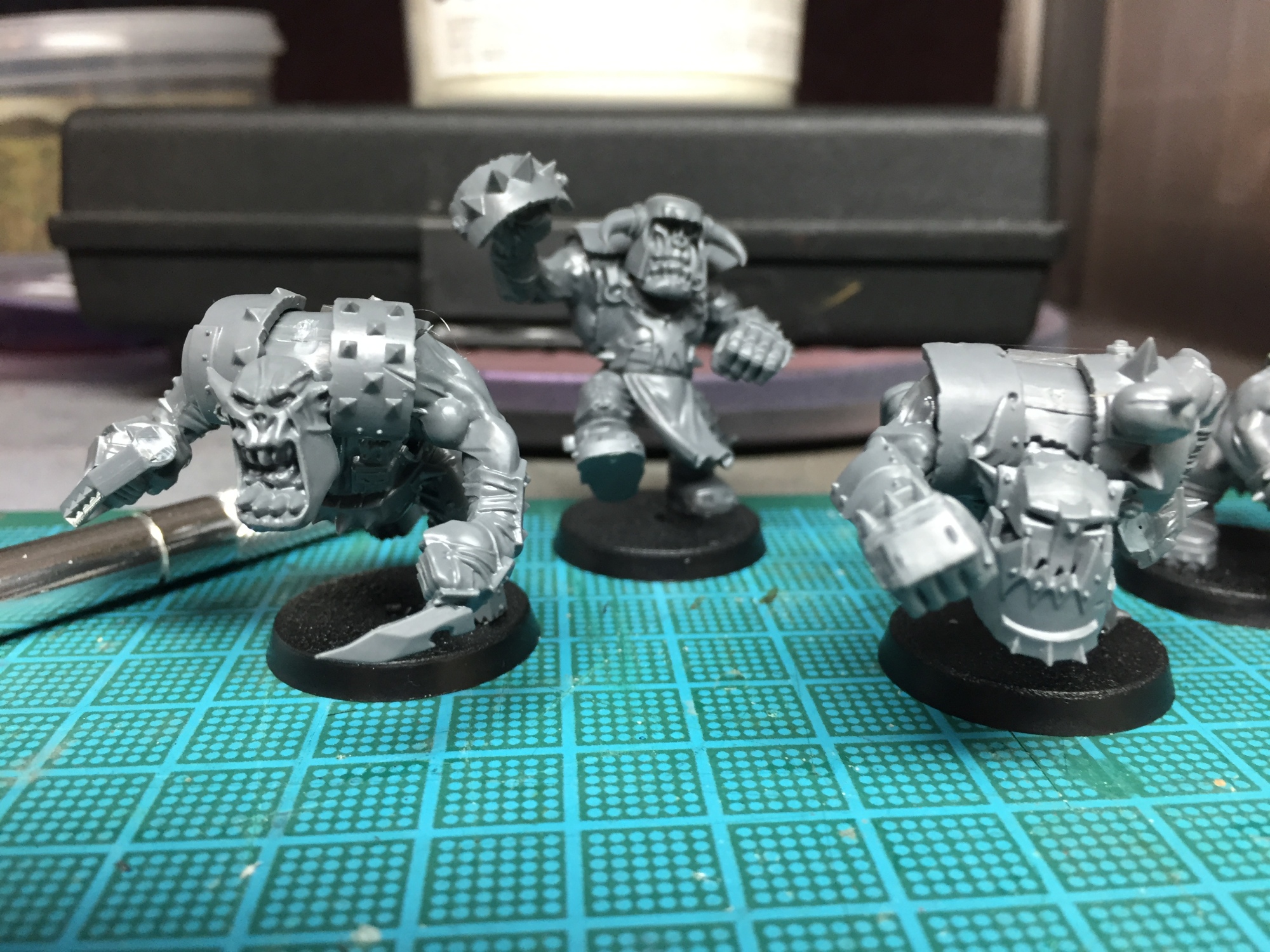 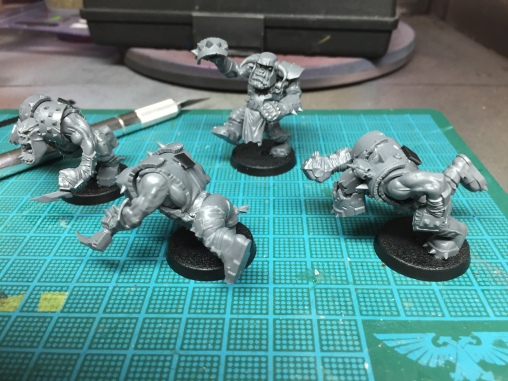 So, for the longest time I’ve resisted the ugly green brute that lurks inside every miniature gamer. I’ve never collected an Orc anything – neither army nor team for any system. Until the other day I came across the 3rd ed. metal blood bowl team on ebay for not much. I thought, why not. It’s cheap and they’ll be nice to paint. They arrived, I cleaned them up and then looked around for some painting inspiration. Unfortunately (or not) googling for “Orc Blood Bowl team” led to a gazillion converted plastic teams of varying quality.

If these ladz (and at least one gal) can do this, then so can I, I sez to meself as a wierd green glint began to show behind me eyez.

Before I knu it, Gork tellz me to go buy a box o’ Nobz from da lokal gamin’ shop. Once unda da Pain Boyz choppa it wuz just a matta a time before four Blitzers waz all ready for sum paint.

I needz a few more boyz before me team is ready to go bash sum ‘oomiez but i rekon sum o’ dem big ladz in da Black Orc box and a mob of da regoola Boyz from da 40k game and da jobz a goodun’.

This is one of the nicest examples I found on my research: